If you’ve been following our Facebook page  you’ll know approximately where we are at with our electric Tollycraft project. What a journey it has been…and the end is in our sights. But it’s not really an end, it’s a new beginning.

So for all who’ve missed our updates, let’s recap on what we’ve been up too!

I have to be honest, the first day I showed up at the marina, the logical side of my brain began to dominate my thoughts…I mean an electric boat sounded like a fantastic idea…but with this?? An electric Tollycraft? How much does thing even weigh? It’s huge and it’s REALLY old…what did I get myself into? 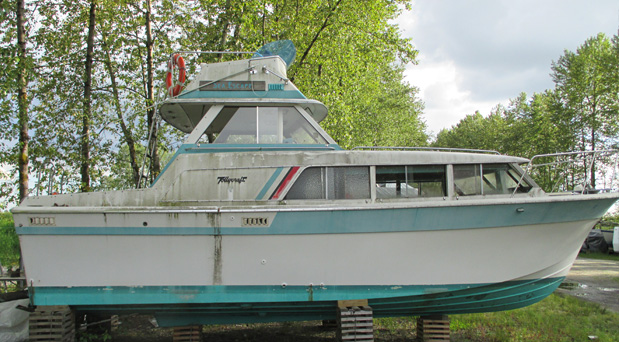 Mike on the other hand, being an eternal optimist, didn’t even skip a beat. He just rolls up in his truck, jumps out, hooks up a hose, brings out a couple of buckets and brushes and just begins scrubbing away at the green moss like it was just another day in the park.

“Have you seen the quality of this fibreglass hull?…They don’t make them like this anymore…”

I walked over and took a closer look…I ran my hand along the hull and gave her a solid knock with my knuckles. She felt solid, sturdy, I took a step back and finally I could see what Mike was seeing. The “Sea Escape”, as she was once called, was a majestic no-nonsense craft to its core and with a little TLC she would be ready and willing to take you into the great open waters of the Pacific Northwest for your next adventure. It was at that moment I became a believer.

A few hours later we had scrubbed most of the “marine patina” (green moss) off. She already looked a lot better. 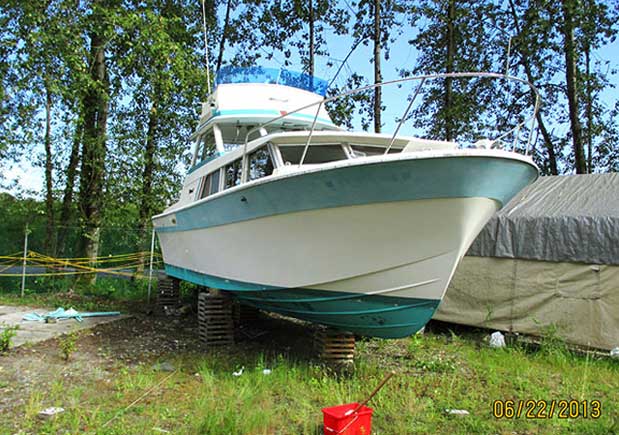 The sun was out and this once derelict Tolly was looking clean and almost seaworthy … then Mike lifted the lid to the engine well and in that moment it dawned on me…not only would be pulling those huge cast iron V8’s out, but we’d have to clean the cesspool they were sitting in. He quickly buttoned it back up …”we’ll deal with that later.” 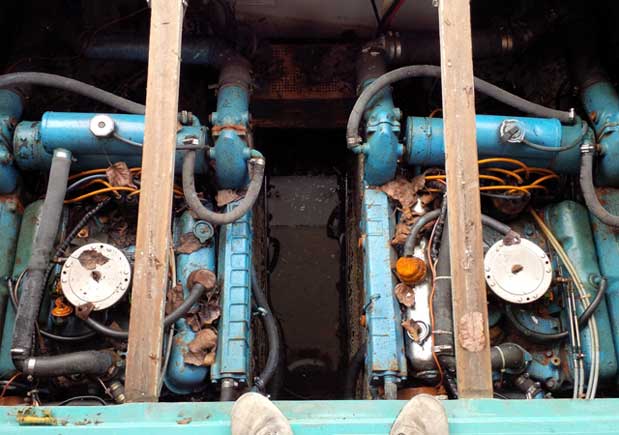